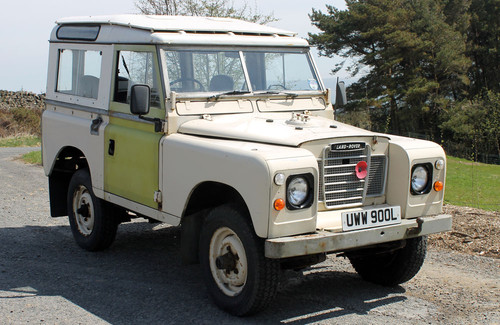 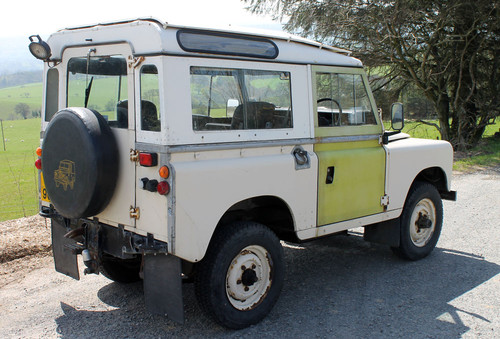 Originally she was a 'standard' bodied petrol 88 but was re-cycled in the late eighties or early nineties as a 2¼ diesel Station Wagon on a galvanised chassis.

The safari roof and side panels have previously been bright yellow so most likely originate from a 70s 'Post Office Telephones' Landy: apparently they used Station Wagons because the Alpine Windows made it easy to carry out visual inspection of telephone lines from inside the vehicle. I imagine they were supplied without rear seats.

She has subsequently been enhanced with parabolic springs on long shackle plates (for body lift) and servo brakes. The Landrover 2¼ diesel engine was upgraded to an Austin Rover MDi 2 litre Direct Injection Turbo Diesel (from a 1990 Montego) that was still in, and very competent, at the beginning of my ownership.

If you must have a diesel engine, I believe this to be the best conversion for older Landys, which don't cope too well with the vibration or the torque of the now readily available TDi engines. It is a genuine Rover engine, albeit one that was designed for a car rather than a Land Rover.

Anyway, the original bulkhead finally rusted away to the extent of being an MOT failure and having been bodge repaired a couple of times it seemed to be time for some serious refurbishment. This is now been done utilising the various readily available repair sections.

During the process of installing the new bulkhead she has also been fitted with one of the very last of the 2¼ petrol engines (with 5 bearings and Weber carburettor) from an early '90', thereby almost returning her to original spec., aside from some 'improvement'. The petrol engines are very driver friendly, being reliable and, compared to any diesel, quite quiet. They have adequate power and torque for 'classic car' style driving and occasional light duty off-roading. 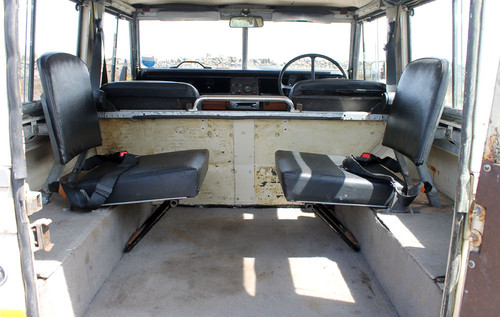 I think these are 'aftermarket' rear seats and of course an original (non P.O.Telephones) Station Wagon would have had four of them. 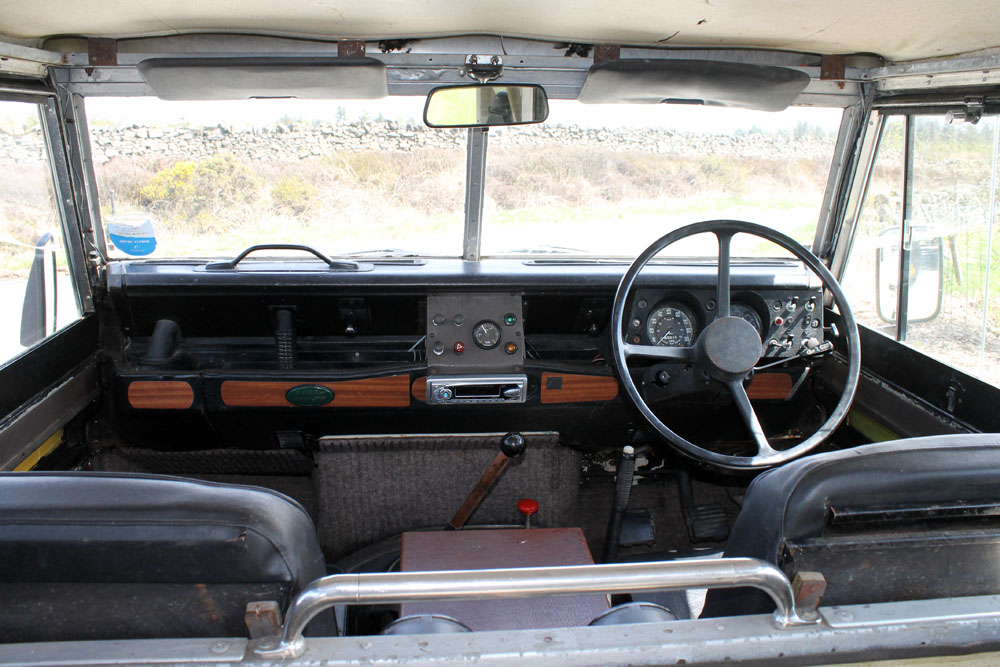 I have continued the upgrade process with radial tyres on wider 'long wheelbase' wheels, a Fairey Overdrive and Stainless Steel exhaust in addition to the engine swap already mentioned. I have also had a couple of (known) gearbox issues (that she came with) sorted out. As well as improving fuel economy still further, the overdrive makes her quieter and more 'relaxed' on the open road and especially on the motorway.

Hopefully, she will soon be back on the road with the 2¼ petrol engine, thereby achieving some originality as well as much quieter running. I am unlikely to do a high mileage and can always convert to lpg for more economical running. The petrol engine comes from a 'known source' and is relatively low mileage at 78,000.

For Series Landies, a good 2¼ (or 2½) petrol engine is probably the most driver friendly of the four cylinder engines as all the diesels are comparatively noisy and vibrate much more. 90s, 110s, Discoveries etc. are better equipped to tolerate the vibration of the diesels.

With the bulkhead refurbished, keeping her roadworthy should be straight-forward, especially now she is exempt from annual inspection by youngsters who instinctively assume she'll be knackered.

In summary, once back on the road she will have the following improvements over her original 1972 specification (standard 88 petrol):

Safari roof with Alpine windows and Station Wagon side panels

Spare wheel carrier to rear Safari door and to bonnet.