Patch is a (crossbreed?) collie, born around Christmas 2009. I was told he was full border collie and that his mother was a working sheepdog. However, he didn't grow very big so I assumed he was really a cross, perhaps with some terrier in the mix. Several people have claimed to 'see' Staffie in him but for all I know they may be people who see their Granny when they look into the fire!

He certainly has all the right markings for a border collie, even down to the white tip on the tail, but his size and shape are more terrier. His temperament is mostly calm and relaxed, which would be unusual for a full border collie.

Over the years (like me he's now and old chap) he's had all sorts of observations made from "border collies can be that size" to "I've had them all my life and he's no border collie".

Though only about four months old, he had been 'passed on' a couple of times before we met and he had already been named twice. Apparently, his first name was 'Patches' but he had subsequently been called 'Koffey' by the family I got him from. 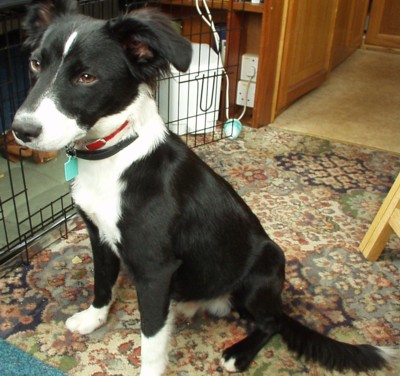 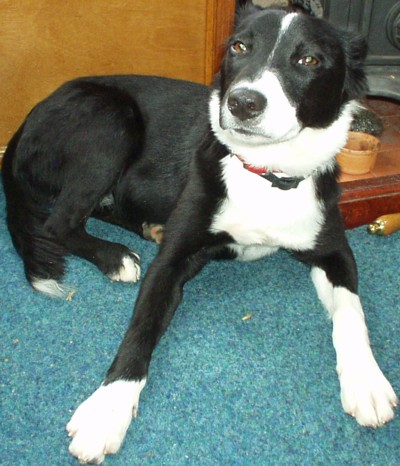 In the first year or so with me, he spent more time on my boat than at home so most of the photos reflect that. Like me, he doesn't wear a lifejacket all the time but we both wear one on tidal water. Unlike me he swims instinctively (and fairly well) and has unintentionally been in the canal a few times. 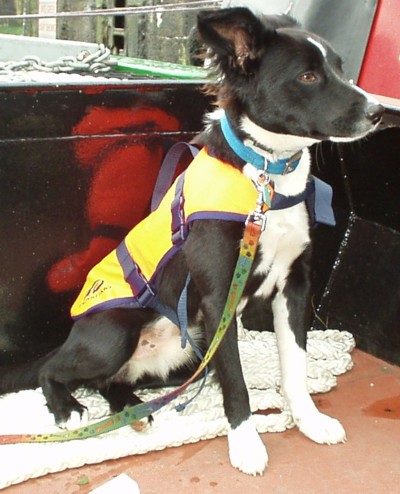 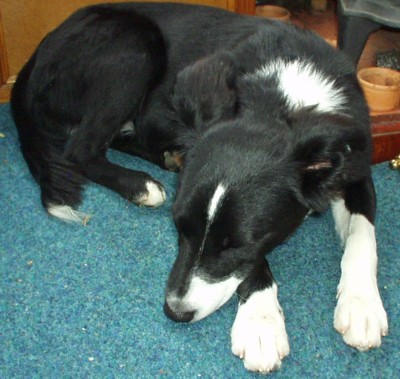 Below is his first trip to Scotland when he did his first Munro. Unlike me he didn't seem to be the least bit tired when we got back. 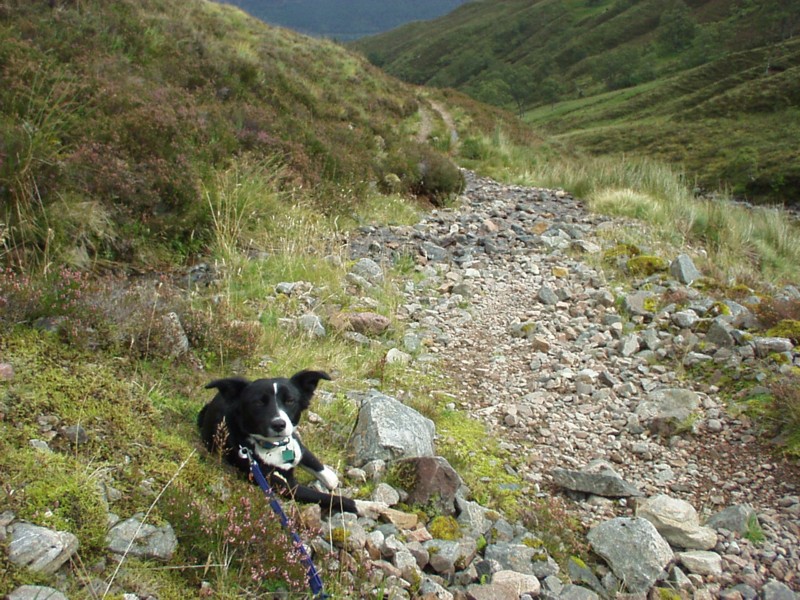 Now he has made a dozen trips to Scotland and seems to love the mountains as much as I do.

Back to my site Contents